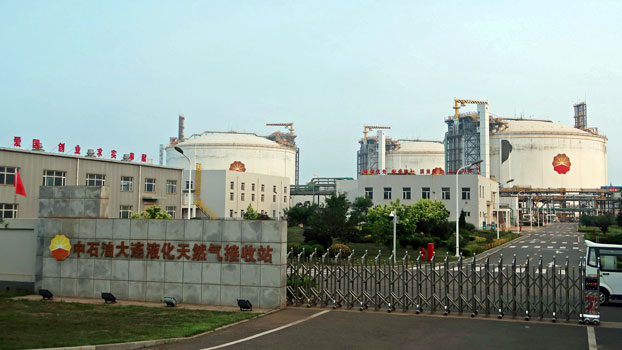 China's dependence on imported oil and gas will continue climbing in the coming decades, raising energy security risks as the country seeks to safeguard its supply routes.

According to the latest projections from the International Energy Agency (IEA), China's reliance on foreign oil will grow from 69 percent of consumption last year to 82 percent in 2040.

The import share for gas is set to rise from 42 percent in 2017 to 54 percent in 2040, the Paris-based organization said in its annual World Energy Outlook (WEO) report.

While the IEA's oil forecast has long-term implications for energy security, it suggests more immediate impacts from China's demand for natural gas to reduce reliance on high-polluting coal.

Most of the increase in gas import dependence is expected to come in the next several years, with the reliance ratio reaching 52 percent in 2025, according to data from the 660-page report.

In global patterns, gas is expected to surpass coal as the world's second leading source of primary energy by 2030, largely due to fuel switching and environmental efforts in China, the IEA said.

Although coal will continue to dominate China's energy mix, its share will fall from 63 percent last year to 43 percent in 2040. Over the same period, the share of gas will double to 14 percent, according to the IEA's "new policies scenario," which assumes that China will implement plans it has already announced.

China's demand for coal will start to decline by 2025, but its natural gas demand will keep growing during the forecast period at an average rate of 4.5 percent a year.

The growth of oil demand will also flatten in China by 2030, thanks in part to electric cars and other new energy vehicles, but no such cooling is forecast for consumption of gas.

By 2040, China's annual gas demand will nearly triple to 708 billion cubic meters (2.5 trillion cubic feet), thanks to increased consumption in all sectors including natural gas-powered vehicles, the report said.

By 2025, China's domestic gas production will rise by 56 percent, but demand will grow by 87 percent, leaving a gap to be filled by imports, primarily of liquefied natural gas (LNG).

The IEA estimated that China's need for tanker-borne LNG imports will more than quadruple by 2040.

China's stagnant domestic oil production and its growing dependence on imports have long been a focus for security experts, at least since the country crossed the 50-percent threshold as a major oil importer a decade ago.

The IEA's new estimate for 2040 represents an uptick in the outlook for China's oil import dependence, which was expected to reach 80 percent in last year's edition of the WEO.

Over the years, Chinese leaders have had little to say about petroleum import dependence, in part because the country remains by far the world's largest producer and consumer of coal.

But Edward Chow, senior associate for energy and national security at the Center for Strategic and International Studies in Washington, said the issue has figured prominently in the government's strategic policies.

"Rapidly increasing import dependence for oil and now gas has been a major concern for the Chinese government for some time," said Chow.

"Despite investing roughly half of the global capital in renewable energies, it has barely made a dent in stemming rising oil and gas imports, which are driven by economic growth and environmental issues related to coal use," he said.

Particularly in the case of oil, China's solution has been to spread its risks, striking deals with a wide range of suppliers, although it remains heavily reliant on the Middle East.

As China's vulnerability on oil has grown, so have its sovereignty claims and military presence along import routes through the South China Sea.

With the more recent rise of import dependence on gas, China appears to be following a similar policy in pursuing its interests in Russia's arctic region on routes from the U.S. $21-billion (145-billion yuan) Arctic LNG project.

"China has focused on diversifying supply sources and supply routes, such as the importance of the South China Sea for transit and the potential of the Northern Sea Route," Chow said. 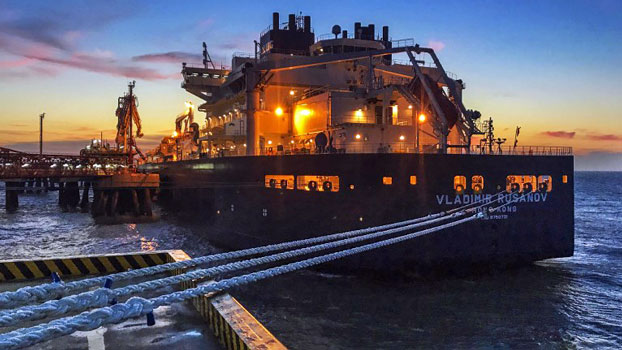 In the first 10 months of the year, China raced past Japan to become the world's largest gas importer, counting both LNG and pipeline deliveries, Reuters said.

But it is unclear whether the strategies that China has developed for oil imports will work as well for gas.

For one thing, gas imports are subject to more seasonal variations than oil as winter demand drives consumption spikes.

China's limited storage capacity and pipeline connections to consumers make the country dependent not only on "flexible" LNG imports but also deliveries in narrow timeframes.

Long maritime routes and high costs make it difficult to match supply and demand as China rises in the ranks of Asian importers. Deliveries to Asia are expected to take up 60 percent of the global LNG market, the IEA said.

Relatively small LNG cargoes suggest that China's demand will give rise to major increases in tanker traffic with potential implications for logistics and security.

In a tightening market, diversity of supply may not be a cure-all for shortages during unpredictable winters or disruptions on import routes.

The start of deliveries from Russia's 4,000 kilometer (2,485-mile) Power of Siberia gas pipeline will ease some of the pressure on LNG imports in the next several years.

But China has already reached the maximum 55-bcm-per-year capacity of its Central Asia Gas Pipeline (CAGP) system from Turkmenistan with supplies planned for this winter, according to a web posting by the PetroChina subsidiary of China National Petroleum Corp. (CNPC).

The restriction suggests that China's planning and investment have failed to keep up with consumption growth.

China's shift to gas also highlights the high stakes for successful switching to the cleaner-burning fuel, both to provide winter heat and alleviate smog. A disruption of supplies could raise risks for social stability on both counts.

The IEA report made no specific recommendations for China on energy security, but instead offered a general caution for all gas importing countries.

"Security of supply is a concern," it said. "While some markets may have a basket of supply options that include indigenous production and imports via pipeline and LNG, others may rely solely on a limited number of supply sources. Confidence in the reliable operation of international gas markets is an important variable for the future."