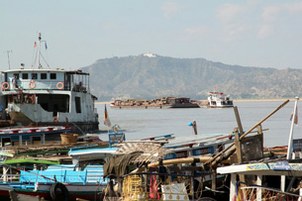 In Burma, bribery, graft, and kickbacks are deeply ingrained.

Burma is known for heavy-handed Internet controls, but its children may demand greater access and openness.

China’s economic presence in Burma is growing fast, filling in where sanctions have forced the United States and its allies out.

A year after Cyclone Nargis tore through Burma, untold thousands of victims are still homeless and grieving.

Can All Monks Be Trusted?

The Burmese people respect their monks more than their government, but some suspect the monks have been infiltrated by informers.

In Burma, Fear and Suspicion Prevail

Tyler Chapman returns to Burma and writes, in a new reporter’s notebook, that hopes for reform have been snuffed out by a ruthless crackdown leaving Burmese in debilitating fear of each other.

Burma's cyclone Nargis has exposed a secretive society in which the junta and its supporters enjoy privileges far removed from the lives of ordinary Burmese. Tyler Chapman visited central Maymyo, home to many of the country's elite and now a vital part of Burma's military-industrial complex.