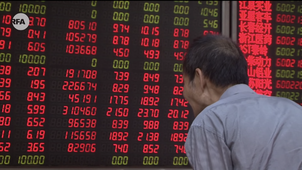 The 2018 winner for best website in the category for interactive news media, explores the long persecution of the Rohingya Muslim minority in Myanmar through graphics, videos, key quotes, and current news.

Radio Free Asia was announced as a winner of a Sigma Delta Chi award for “Drawing Fire: The Political Cartoons of Rebel Pepper” in the international competition’s new category of best e-book.

RFA was a winner at last night’s 2017 New York Festivals International Radio Program Awards gala for its investigative web series on the impact of China’s rapid development on the Mekong River.

Radio Free Asia (RFA) is among min magazine’s “Best of the Web” award winners and finalists for 2017.

Radio Free Asia (RFA) today was named a winner of the Sigma Delta Chi award for excellence in journalism by the Society of Professional Journalists.